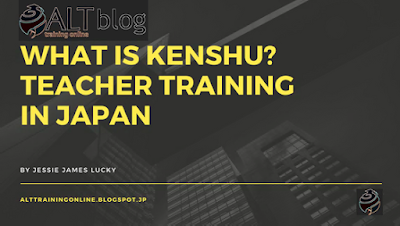 Bio: Jessie is an ALT from Portland, Oregon, USA. He got a certificate in TESL from Portland State University and worked as an adult educator as well as a technical trainer for a national bank in the US before coming to Japan.

Jessie has lived in Japan for over 14 years and currently spends most of his time working at two schools in the Kumamoto area. He has a wealth of teaching experience. Outside of school, he teaches students of all ages and levels. More recently, he’s been teaching business English for working professionals, students facing entrance exams or TOIEC tests, students preparing for work and study abroad, as well as community English classes for senior citizens and young kids.

Outside of the classroom, Jessie has a lot of hobbies. These include Capoeira, canyoning, waterfall climbing, instrument making, and heavy metal to name a few.

Hello there! I would like to share with you some things I’ve learned about ICT in Japan, but first I’d like to go over some realities as to why many ALTs might miss this kind of information.

For those who don’t already know, kenshu is the Japanese teachers’ primary method of professional development.

There are other terms, and transliterations into English that could be used and different kinds of events and activities that take place besides just ‘kenshu’ but I will use it here as a blanket term. Another term which is relevant is the ‘kenkyu jugyo’ (研究授業) or research class, usually translated as demonstration class. It is when you prepare a special lesson to test or highlight specific teaching methods, points or resources etc. and other teachers come to watch. Kenkyu jugyo and kenshu tend to go hand in hand and I include the jugyo as a part of the bigger picture- the kenshu, meaning professional development.

Lectures and conferences are not that popular for Japanese G1-12 public school educators, although they do exist. Those lectures and conferences that do take place tend to focus on other aspects or issues in education like human rights, bullying, community involvement etc. There are not a lot of subject-specific lectures or conferences for Japanese G1-12 public school teachers that are well attended. Most Japanese teachers’ professional development for their primary subject takes place at mandatory kenshu. Lectures may take place at kenshu that are subject specific, but usually, there are speeches by other teachers who may have attended some other kenshu that may have had an expert lecturer. Each municipality sets the rules and decides how much of this takes place each year, but it is safe to assume that every Japanese English public school teacher will be subjected to several mandatory hours, if not days, of kenshu every year. It may not be apparent by looking at the way they teach sometimes but Japanese junior high school English teachers are receiving ongoing mandatory skill development.

Each municipality sets the rules and decides how much of this takes place each year, but it is safe to assume that every Japanese English public school teacher will be subjected to several mandatory hours, if not days, of kenshu every year.

Beyond mandatory kenshu, there are opportunities for Japanese English teachers to participate in things like JALT, to take English lessons, to travel, attend lectures, take TESL certification courses, study for and take standardized English tests etc. But very, very few do. Even those who might want to often cannot because they are so busy with their regular job responsibilities.

ALTs don’t participate in most kenshu, why not?

The answer to this question, in my view, starts with the question; what is an ALT? The Japanese G1-12 public school English education has struggled with this question, and that is putting it nicely. ALTs were first included/brought in as a remedy for some of the issues in their system, namely lack of spoken language accuracy and fluency, everything but meta-linguistic memorization (also inaccurate but they were/are good at it). We were brought in as a band-aid. The ALT has become something more than that in some places. In other places, there are entire municipalities that no longer use or hire ALTs. Some no longer see the band-aid as necessary or effective. If you haven’t heard this before, brace yourself- ALTs aren’t meant to be teachers. We usually are not staffed in the same way the Japanese teachers we work with are. We are not usually seen as professional human resources. We are for the most part seen as teaching TOOLS. The primary verb used in association with what we do and provide is ‘fureai’. ‘Fureai’ is the word you would use to describe what happens with animals at a petting zoo. It is very different than the relationship between teacher and student in Japan. They might use ‘fureai’ to describe encounters with guests from a field outside of teaching, like police or firemen etc. interacting with students. The verb implies a difference and unfamiliarity between the two interacting parties but does not directly imply any intentional sharing of knowledge, teaching ability or leadership. No quality but difference is required for ‘fureai’ to happen.

If you haven’t heard this before, brace yourself- ALTs aren’t meant to be teachers.

In short, we are there for students to experience interacting with us, nothing more. Our unique claim to fame is providing authentic native-speaker sounds. The way only a lion can roar, the way only an elephant can trumpet out its nose, so too can only the native-speaker make those ‘yo-sugite-wakaranai’ (too good to understand) English sounds. That is right, for many Japanese, the English sounds you make are seen as unobtainable for Japanese teachers of English, often even at the University level. Requiring us in classes assumes their native (as in native to Japan) teachers can’t do it.

So our role is having a quality that Japanese believe they cannot achieve. What kind of kenshu do you require to do what you can already do? So what, if any, professional development would apply to a teaching tool known as ‘the ALT’? None.

Another reason ALTs are not traditionally included in the same kenshu as native Japanese teachers are is that since you aren’t Japanese, it was assumed you can’t speak or learn to speak Japanese. Areas that are more exposed to foreigners have moved on past this for the most part, but especially in less-exposed areas, it is common to meet people amazed with foreigners who speak Japanese. Following this, there isn’t much effort or intent on the part of Japanese to teach their language to foreign residents.

What exactly are they doing at kenshu where they can’t speak English?

It all boils down to the Japanese belief that bilingualism isn’t possible for most people. When talking with Japanese educators about the shortcomings of their mandatory English education, I often hear the same thing. It sounds like an excuse at first, but I don’t think that it is. They will state that their goal is not a high level of English or fluency, but that their goal is to make the students familiar with English and to give them a ‘base’. They will say that only those motivated and capable need to be fluent, which sounds reasonable enough. Part hard work, part natural talent. They don’t realize/believe that everyone can learn multiple languages to fluency through effort and exposure alone. This includes people employed as English teachers. Some non-native speakers of English, who are not Japanese, are also devalued in Japan as language educators because of this core belief that their English is somehow flawed.

Japanese teachers’ competence and professional advancement are mostly based on the opinions of their seniors almost to the exclusion of actual results.

Because of this belief, there isn’t a lot of pressure (but it has been increasing lately) on the JTEs to be competent English speakers. There isn’t much pressure for them to bring their students to fluency or competence either. As obsessed with Japanese educators are with test-scores, the students’ test scores are not a primary rubric when evaluating the teachers themselves. Japanese teachers’ competence and professional advancement are mostly based on the opinions of their seniors almost to the exclusion of actual results. Kenshu can be seen as more of a task than an opportunity. Great kenshu lessons and impressive results don’t go unnoticed though. Many of their seniors will look at actual results when making evaluations. Making good small talk, doing things in a way the current boss arbitrarily likes, getting on the bosses good side etc. are also of equal import. Assuming the teacher is particularly concerned with advancement. Many teachers are overwhelmed with their work and just happy to get through each day. Taking on extra work, yakuwari (jobs/roles at the school) is another way to advance…which is unlikely to improve core-subject performance. Some teachers are more focused on other aspects of their work and don’t see English as a priority for them or their students, even though they are English teachers.

The ALTs role in all this? My advice is to learn Japanese language and culture. Your job is to make sounds and then, like everyone else, just get along. With wisdom to it, the Japanese place a lot of value in getting along.

What training and kenshu IS done for ALTs?

It varies widely across Japan. There is no standard. In most areas, as much as half of the mandatory kenshu (delivered on a yearly schedule) for JTEs will include training for ALTs. For the most part, the ALTs’ tasks and training will be conducted separate from that of the Japanese teachers, for reasons explained above (language barrier). It varies by prefecture and program (like JET or dispatch companies). They usually receive a week or two of training with other ALTs when they first come to Japan, although some will only receive a day or two, even if they’ve never worked in Japan before. There will then be two to three ‘meetings’ or ‘kenshu’ a year with other ALTs and they may or may not participate in one or two of the Japanese teachers’ kenshu for their local area. The dispatch company ‘meetings’ can often focus more on life in Japan and administrative issues, all of which are important and helpful but not necessarily ‘professional development’ for a would-be language teacher.

For the most part, the ALTs’ tasks and training will be conducted separate from that of the Japanese teachers, for reasons explained above (language barrier).

Often the ALTs will join ‘kenkyu jugyo’ but their role in planning, post-lesson discussion and kenshu will be limited or non-existent. The JTE usually authors the lesson and the ALT will not even attend any of the meetings about the lesson before or after with the other teachers and BOE officials involved. Even if the ALT helps author the lesson they will not be given credit or named in the official lesson plan and documents submitted as anything other than the lesson’s ALT which is about as important as being the textbook or one of the chairs the students sat on.

What has my experience been with kenshu?

That does it for the basics of kenshu. I’ll share with you my own experiences with kenshu over the last 14 years in part two.

This is the first part of a three-part series. Be on the lookout for the second part, “Kenshu For Me: My First Few Years in Japan” on May 2nd and the third post about technology in the classroom later in May.